Patients with major depressive disorder, or MDD, have been shown to have higher levels of pro-inflammatory cytokines, which are signaling molecules that produce an inflammatory response in the body. Cytokines contribute to disorders involving neurotransmitters and brain activity, which can relate to depression.

Additionally, increased inflammation in the body may be linked to reduced depression treatment response. Studies have shown that chronic inflammation from an infection reduces patients’ responses to antidepressants and psychotherapy.

How Cannabis Can Ease Inflammation and Support Depression Treatment

There are a few key ways in which marijuana is thought to reduce inflammation, including:

Cannabis can also help to ease inflammation by reducing the production of pro-inflammatory cytokines, which we mentioned above. By preventing cytokines from creating an immune response in the body, marijuana can lower inflammation in the body.

Cannabis in the Treatment of Depression

Cannabis offers benefits for the treatment of depression beyond its inflammation-reducing abilities. Specifically, medical marijuana can relieve symptoms of anxiety and be used as a useful tool in pain management. Given that up to 85% of patients with chronic pain are impacted by severe depression, cannabis’s positive effect on pain can be a major asset in depression treatment. 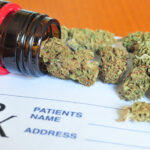 Common Conditions That Are Treated With Cannabis 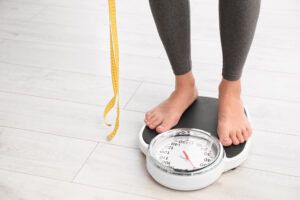